Landscape is powerful. It has the capacity to inspire like little else, to connect us to all that is sacred within and around us, as psychologist Sharon Snir recently observed. ‘People are often surprised to hear Israel is only one third the size of Tasmania,’ tells Sharon, ‘yet one half of this incredible country is desert. The Negev may appear to be miles of dry desert, however on closer inspection the rocks and mountains offer much more, reveal the shapes of wild animals, faces and creatures from another world. This is no ordinary desert. It whispers ancient wisdom. I stop and listen.’

‘I stand on the top of Masada. Some people claim they still hear the desperate discussions of those last remaining Jews, who chose death rather than capture by the Roman Army. These are the mountains where Mary Magdalene ventured for forty days and nights to face her demons and cleanse herself of all that was not pure. Follow the road down and you will arrive at the lowest point on Earth, the Dead Sea. The whitened, turquoise, salt-laden water supports my whole body as I close my eyes and breathe.’ 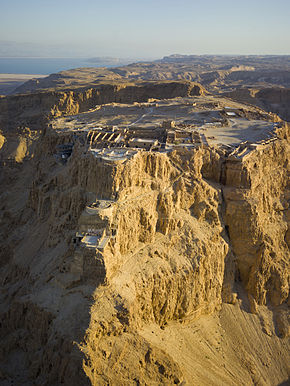 ‘Mary Magdalene is a symbol of the Divine Feminine. On discovering that a synagogue dating back to the time of the Second Temple (more than two thousand years) was being excavated, I drove to the ancient town of Magdala situated on the Sea of Gallilee. Stepping out of the car I am overcome. This is sacred ground. Beneath my feet are the very stones upon which Mary Magdalene played as a child. The same stones the Master Teacher Jesus stood and prayed and offered his teachings to all who were willing to listen.’

‘There is a tiny place in the Negev that calls to me every time I go to Israel. I cannot leave without climbing the mountain and feeling the sacred energy of the Essenes, a Jewish sect, which lived in the town Qumran. There the mountains bubble and burst into hundreds of caves. There is an archaeological site, which shows how these gentle Essenes lived. Cleansing themselves daily in the purification pools and following the Jewish way of life. I climb the rocks and feel the pounding heat of the desert with every step. I imagine wise men, laden with scrolls of information, of stories, of teachings from two thousand years earlier, climbing the rocky outcrop, and placing the inside the caves. In 1947 to 1956, nine hundred scrolls were found in eleven caves. Some believe these caves were like libraries whilst some were used to hide the scrolls from war and possible destruction.’

‘I watch the silent tears of men who have travelled from distant lands carrying a backpack and wearing a yarmulke. Women with covered heads bowed in deep prayer, rocking back and forth, back and forth. Silent tears. Thanking the Almighty. Begging for healing, forgiveness, support and answers. An orthodox group of men have gathered around a young boy, only thirteen and today becoming a man. His Bar Mitzvah is taking place and voices are raised in congratulations. ‘Siman tov umazal tov, Umazal tov vesiman tov. Yeheh lanu.’ Good sign and good luck, and good luck and good sign will come to us. His mother looks on through the ‘ mechitzah’, the partition separating the men from the women. They are smiling through tear soaked cheeks.’ 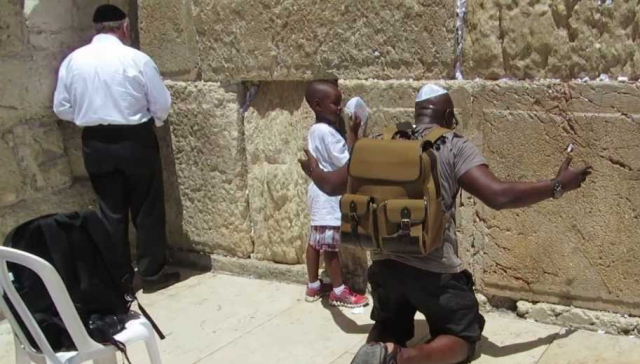 ‘I walk slowly towards to Western Wall, also known as the ‘Wailing Wall’. Every crevice is plugged with pieces of paper carrying prayers to God. A small section remaining from the Second Temple built from 520 BC. I bend forward and gently place my forehead on the ancient rock. A wave of grief and joy rises up inside me. Here I am. I close my eyes and begin to pray.’ 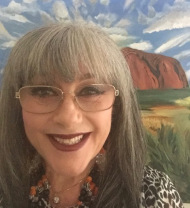 Teacher, Author and Psychotherapist Sharon Snir has given seminars and workshops throughout Australia, Asia, Europe and in the United States. She has written three books. The 12 Levels of Being, published by Shekhina books in 2007, Looking for Lionel: How I lost and Found my Mother through Dementia, published by Allen and Unwin in 2010, and The Little Book of Everyday Miracles, published in October 2012 by Allen & Unwin. Sharon writes a regular blog http://speedoflightheartedness.com

Magic Of The Moment
$19.95
END_OF_DOCUMENT_TOKEN_TO_BE_REPLACED

A must-read book for all parents with boys. Full of great ideas and practical solutions.

What’s Happening to Our Girls? moves parenting into the twenty-first century by highlighting the power of outside forces in shaping the personalities, morality and ultimate wellbeing of our…